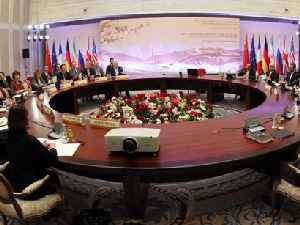 The Tudeh Party of Iran and other progressive forces of the nation, which have been greatly concerned about peace, national sovereignty and the consequences of the mounting sanctions in recent years, are of the belief that this accord would undoubtedly constitute a positive step forward if it were capable of lifting the burden of the devastating pressure of economic sanctions from the shoulders of the working people of Iran, laying the ground for detente and moving the region towards peace and tranquility.

The Central Committee of Tudeh Party of Iran
November 24th, 2013