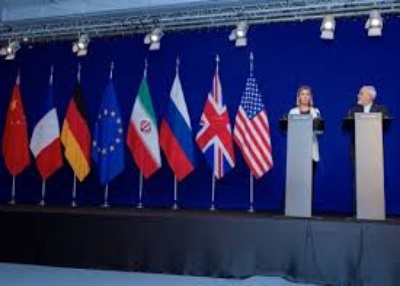 After years of destructive sanctions which have been imposed on our nation by  Western States as a result of the ill-advised policies of the Supreme Leader [Ayatollah Khamenei] and his appointees, on Saturday January 16th 2016 the negotiations between Iran and the 5+1 group were concluded and, after verification by the International Atomic Energy Agency (IAEA) that Iran had fulfilled its commitments, the implementation of the Joint Comprehensive Plan of Action (JCPOA), and the fulfillment of the commitments of  other parties to the Plan, began.

The Central Committee of the Tudeh Part of Iran,
17 January 2016