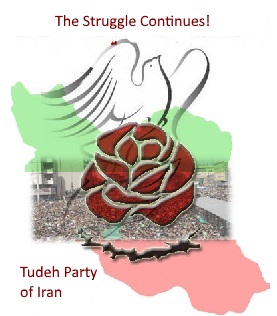 On Friday 26th February, Iran will witness an election which has been dubbed as “crucial and important” by Ali Khamenei, the Supreme Leader [of the theocratic regime], as well as by all of the regime’s factions, who have deemed the people’s participation in it to be essential. The voices of this spectrum are calling on the people to take part in an “election” in which the candidates are hand-picked by the Guardian Council, and the prerequisite for the candidacy was to express full loyalty to the current political regime, i.e. the theocratic dictatorship and its macro policies.

Statement of the Tudeh Party of Iran: The expansion of the popular uprising against the ruling dictatorship, the regime’s petty “Supreme Leader”, and another bloody November!

Statement of the Tudeh Party of Iran: On the catastrophic fire in Evin Prison and the serious danger that threatens the lives of the political prisoners and prisoners of conscience