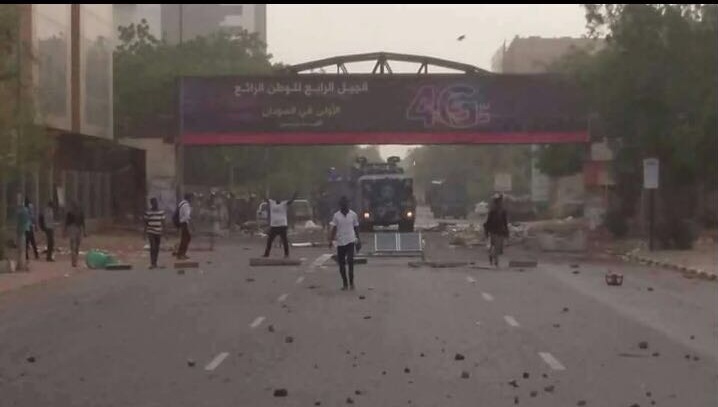 The Central Committee of the Tudeh Party of Iran has received the shocking news of the violent suppression of the student uprising in Khartoum against the sale of the historic public buildings of the only national university in the country to private businesses tied directly or indirectly to the dictatorial and reactionary government of Al-Bashir. Privatization of public property constitutes a major element in the IMF’s prescription for under-developed and developing countries in which right-wing, reactionary regimes are in power.

The Tudeh Party of Iran has followed with alarm news reports of the vicious crackdown by police and security forces on the peaceful protest of the students and strongly condemns the violence unleashed against them and their supporters. The repressive regime of Al-Bashir, faced with deep social discontent caused by its reactionary socio-economic policy which has resulted in a dire economic situation and extensive poverty, understandably fears for its very survival.  In such circumstances, the wave of protest in the student movement could be the spark that triggers mass uprisings which shake the very pillars of the brutal regime.

The Tudeh Party of Iran stands shoulder to shoulder with the fraternal Sudanese Communist Party in its just fight against repression and expresses its absolute solidarity with the protesting students, youth, and progressive forces in Sudan who are actively resisting the devastating policies of Al Bashir’s dictatorial regime.  Public properties and institutions should be kept in public ownership, to serve the needs and interests of the people not the profiteers.

We are appalled that the security forces are not releasing the identity of the students and young people arrested in recent days and are refusing to inform their families about their whereabouts, the conditions of their detention and the charges against them.  The Tudeh Party of Iran calls for the immediate release of all those arrested since the crackdown began.  The Tudeh Party of Iran will publish and promote news about the student resistance movement in Khartoum throughout our Party and raise awareness within progressive organisations in the youth and student and peace movements, in order to mobilise support for the militant students and solidarity with the struggle of the Sudanese people.

We call on the World Federation of Democratic Youth (WFDY) and the World Peace Council (WPC) to build and lead the campaign for international solidarity with the youth and students and all those struggling for peace and social justice in Sudan. We stand firm in solidarity with the fraternal Communist Party of Sudan and all who are fighting for progressive and fundamental changes in Sudan.

Victory to the struggling people!

Victory to the struggle for democracy, peace and justice!

The Central Committee of Tudeh Party of Iran