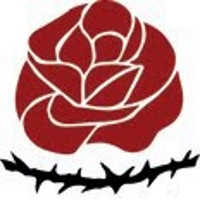 We salute your courageous struggle, which has captured the imagination of people not only in France but in the whole of Europe and beyond. The youth and those campaigning for change in Iran are also following the development of your protest.  Your struggle continues in the footsteps of recent campaigns – in Greece against the Troika, the Indignados movement in Spain and the Occupy movements in New York, London and Frankfurt opposing the rule of banks and bankers in the ongoing crisis of capitalism since 2008.

On Sunday 15 May, campaigners from all over Europe are converging in Paris, in the Place de la Republique to highlight the international dimensions of your struggle.  The Tudeh Party of Iran supports this global day of action which sends a clear message of defiance to the rulers of Europe. Your magnificent protest against enforced austerity, your condemnation of neoliberal policies employed to force the demise of trade unionism and privatise the health and education systems is our protest too.
It is clear that the policy-makers in key global capitalist institutions have tried to shift the burden of the systemic crisis of capitalism onto the shoulders of workers and the poor.  Neoliberal policies dominate Europe and North America. Inequality has become more institutionalised in the capitalist countries.  States are employing every tactic to crush people’s resistance.

War and militarism have always been used to shift the burden of crisis onto other countries and this danger is great.  Today the Middle East is going through the most perilous chapter of its history. War, occupation and the terrorism of DAESH have disfigured the face of the region.  The Middle East is the focus of carefully orchestrated attempts by US-led world imperialism to consolidate its hegemony and to ensure unrivalled control of the flow of oil, the ability to freely plunder the region’s resources and to exploit its markets. Rightwing and reactionary forces in the Middle East, backed by the US/ EU, are working to ensure that no substantial challenge ever upsets the US “New Middle East Plan”. They have been able to dictate the course of events in the region by engineering crisis, wars and conflict.  Syria, Iraq and Yemen are burning. Libya has been reduced to a place where tribes vie for power and Islamic terror rules.

Since their January agreement with Iran, the EU and US are trying to prove that the theocratic regime in Iran is a partner that they can do business with.  This is a regime that not only violates at will all accepted international norms of behaviour but imprisons innocent trade unionists and journalists, systematically discriminates against women and has removed the rights of youth.   By abolishing all tenets of democratic governance the regime has ruined the economy.  Neoliberal economic policies have meant sky high inflation, soaring unemployment, attacks on human and labour rights and privatisation of the economy.   The medieval dictatorship has sacrificed the human, natural and strategic potential of the country for the sake of its brutal and damaging rule.  However, since 2013, the US has pursued a policy of detente with the theocratic regime, the main outcomes of which will be the perpetuation of theocratic dictatorship in Iran and its ‘constructive’ role in the implementation of the US “New Middle East Plan”.

Our struggles are connected.  We both campaign to regain control over our social and economic lives and oppose neoliberal policies.  In pledging solidarity with your struggle, we also extend and defend our own struggle for peace, democracy, and social justice. Long live International Solidarity.