(An excerpt from Nameh Mardom, the central organ of the Tudeh Party of Iran, 4 January 2021.)
‎The year 2020 can rightly be seen as a year that has had terrifying developments and unpredictable consequences for the lives of most of the world’s population, not least the people of Iran. One of the most disturbing of these developments at the present time is the recent threatening manoeuvring of Trump’s fascist grouping to stoke tensions and lay the ground for a military conflict with Iran in the last days of the failed president’s tenure at the White House.‎
One of the [central] characteristics of the situation of world affairs in 2020 is the continuation of the COVID-19 pandemic, which, a year on from its outbreak, most major Western countries and many developing countries – such as Iran – are still heavily absorbed in. This avoidable pandemic has had and will have very negative and widespread consequences in the areas of health, society, economy and politics. It is already clear that across these countries, the prospects for 2021 and the future are of negative and unpredictable consequences for hundreds of millions of people. In Iran, the public coronavirus vaccination programme that could save the people from the clutches of the disease has become a major problem, and – by the nature of our country’s political economy – the vaccine has become a commodity and a factor for speculation. The fact that the Islamic Republic of Iran has not been able to purchase vaccines due to the economic and banking sanctions regime imposed by the US clearly shows our homeland’s special situation under the current crisis.‎
Another of the characteristics of 2020 was the sheer inability of the capitalist system – especially the neoliberal economic model – to meet the vital responsibility of protecting public health and preventing the loss of approximately 1.5 million human lives. Furthermore, in capitalist countries both large and small – including our own – the processes by which the rich get richer, the interests of large capital are protected, and the deployment of the digital economy has furthered, have continued unabated. In Iran too, the growth of the digital economy – relying on the severe exploitation of cheap labour in the absence of trade union rights – is also expanding for the purpose of so-called “wealth creation”. President Rouhani’s government also uses policies similar to those in the US for the purpose of wealth creation, under the banner of “economic growth”, by artificially inflating share prices on the Tehran stock market.
‎What became crystal clear in 2020 was that global capitalism cannot protect the health of the people at the same time as protecting the interests of the rich! Therefore, in the future, the priority of policymakers, brokers and analysts in major capitalist countries will be to protect the interests of the rich and large capital, even if that comes at the expense of the sacrificing of peoples’ lives in those same countries.
The only “alternative” that global capitalism can offer the post-coronavirus world, at best, is a return to the supposedly “normal” state of affairs or a situation similar to that pre-coronavirus, i.e. austerity (but much tougher), the expansion of the digital economy based upon cheap labour, and the continuation of state borrowing at the expense of the working people. In this version of “alternative”, everything will be geared in favour of protecting the economic and political position of the upper strata of society and the world will remain exposed to, and defenceless against, future threats like those posed by a moribund economic model and especially the climate crisis.
The key question being raised is: instead of this inhumane and extremely dangerous “alternative” being reimposed on humanity by the capitalist policymakers and their experts, could there be “another alternative”?
As far as our own country is concerned, the Tudeh Party of Iran believes that “another alternative” is indeed possible, provided there exist the conditions to effectively and freely organise and campaign for this alternative and its implementation for the benefit of the working class and other strata of working and marginalised people of Iran, i.e. the majority of the country’s population. The experience of contemporary history has taught us that “another alternative” for Iran, i.e. the possibility of fundamental democratic changes, is not an automatically guaranteed historical process but rather follows a complex and tangled course in the fight against dictatorship. Experience also shows that in any given country or society, the possibility of implementation of [social] fundamental changes as part of the agenda for [political] struggle is contingent on the stage of that country’s social development and its own particular balance of existing forces.
The Tudeh Party of Iran has always emphasised the fact that under the present concrete conditions of our country, the only way forward – in order to make fundamental change possible – requires the complete elimination of the absolute rule of Velayat-e Faqih (the theocratic Supreme Leadership). The establishment of a “united anti-dictatorship front” is the first step in this direction of changing the balance of forces in the country 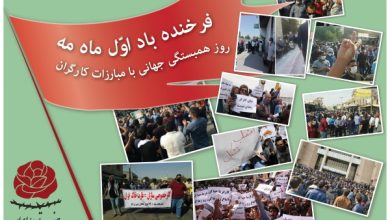 Excerpts of the Statement of the Central Committee of the Tudeh Party of Iran on the occasion of May 1st, International Workers’ Day! 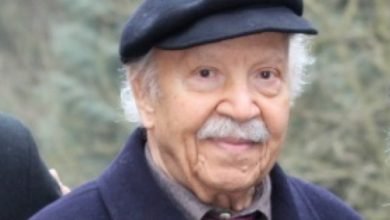 Statement of the Central Committee of the Tudeh Party of Iran (Abridged Version): Mourning the passing of the Party’s “voice of righteousness”, tireless militant, and “spiritual asset” of Iran’s working people! 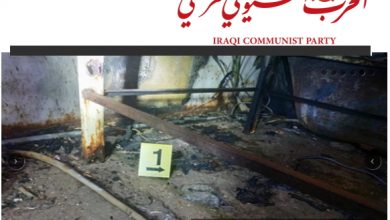